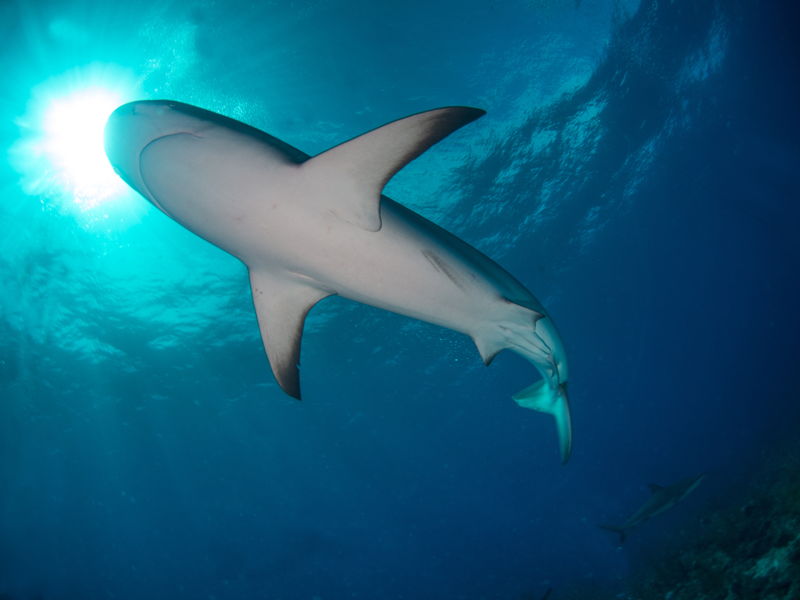 Did you catch Gordon Ramsay's documentary about shark fin soup on Sunday? Shark Bait was actually one of the best food documentaries we've seen in a long time. With Gordon boldly poking his nose behind locked doors, leaping onto private roofs and heading out into the ocean with law-breaking fishermen, it almost felt like the shouty chef had missed his true vocation (he would make a great investigative journalist).

But Ramsay, far from being 'just another chef' who has signed up to Channel 4's Fish Fight campaign, is clearly passionate about sharks and the perilous situation that overfishing has put them in. And it's this passion (and his 'grandes cojones') that makes for compulsive viewing.

So, what's the big deal?

2000 years ago, Shark Fin Soup was served exclusively to Chinese emperors. Nowadays, while the soup still maintains a hint of prestigious allure and a definite indication of social status amongst the Chinese (Gordon sampled a £90 bowl of the stuff in Taiwan), it is readily available throughout Asia and indeed the UK.

With such an enormous demand for shark fins, at such a high profit (shark fins can sell for up to £200 each), it perhaps comes as no surprise that up to 17 million sharks are killed each year. Interestingly, Ramsay claims that the broth with gelatinous fin "actually tastes of nothing".

The implications of such an enormous demand for shark and numerous. Firstly, overfishing is threatening to send a third of the world's open ocean shark species to extinction. In some parts of Costa Rica, where the fin industry is massive, the shark population has diminished by a devastating 60% in just nine years. At the current rate of fishing, several species of shark could be extinct by the end of the century.

Clearly, the rate of fishing is hugely unsustainable. But even more disturbing is the way in which these sharks, many belonging to species that are already endangered, are brutally killed. The most shocking part of the documentary is undoubtedly when we see footage of a fisherman bludgeoning a thrashing shark before cutting off its fins - whilst it continues to fight for its life.

Ramsay, who we've previously seen slaughtering animals humanely on his cooking shows, describes 'finning' as "without doubt, the worst act of animal cruelty I've ever seen".

Tragically, this barbaric procedure has been perpetrated by consumer demands. It's the shark fin that everyone wants (at £28 a kilo), whilst the meat itself is worthless (£2 a kilo). A fishing boat can return with a significantly higher-reaping catch if it is full of shark fins, but shark carcasses are only deemed to take up more space than their worth. And so many of the carcasses, stripped of their fins and often with the shark still alive, are dumped back into the sea.

It's a worrying situation according to marine biologists, who point out that a shark's position at the top of the food chain is vital and if removed will have a damaging effect on marine ecosystems.

Whilst Costa Rica has imposed a law whereby sharks must be landed with fins in tact, this is not unfortunately not the case worldwide, and finning continues to contradict all principles of sustainable fishing.

Visit the Shark Trust home page and you'll learn how to make a difference by contacting your local restaurants, writing to your MP and supporting European Shark Week. Love Shark Fin soup? Why not try out the imitation recipe on the Shark Trust website!