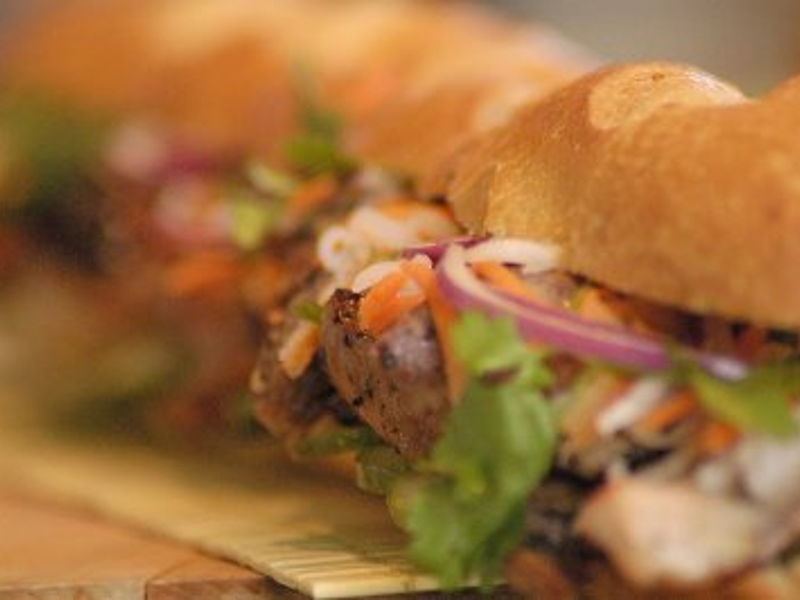 The popularity of Vietnamese food in the UK continues to rise at an astonishing rate with tons of restaurants now specialising in Vietnam's national dish, pho (a wholesome noodle soup). However, one element of the cuisine has gained recognition as of late and is emerging fast as a contender to challenge Britain's best street food – Banh Mi!

Banh mi are not your ordinary sandwiches; they're crunchy, filled fusion baguettes, stuffed full of fresh and tasty Vietnamese ingredients. They were created after French settlers first introduced bread to Vietnam back in the late 18th century and were originally filled with just butter, ham and pâté. However, as the years progressed and the French rule eventually ended, the Vietnamese began to introduce their own fragrant and spicy flavours.

Meanwhile the bread, more airy and crispy than the typical French baguette, is usually hollowed out meaning that banh mi are not as dense and heavy as normal sandwiches – it also means that there's more room for the filling! See our recipe for lemongrass beef banh mi!

If this tickles your tastebuds, why not check out our Vietnamese cooking classes for more tasty recipes and techniques on how to recreate the best Vietnamese street food in your own home.