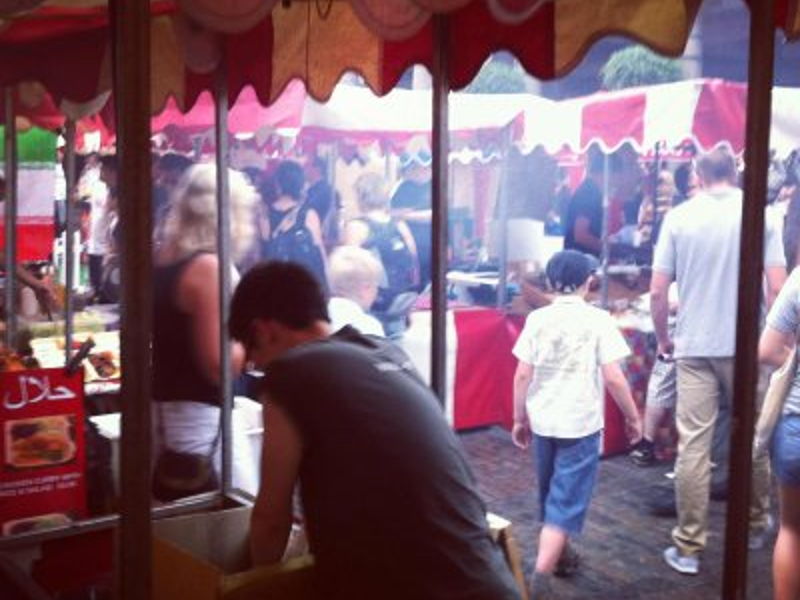 Summer is the most exciting time for street food in the UK, and things are really starting to heat up in the nation's capital with food festivals and events happening virtually every weekend.

It's one of our favourite times of year at School ofWok and we try and get out on to the streets as much as possible to experience what this fast-paced city has to offer...when we're not working that is.

Now it's fair to say that we in Britain are still some way off from embracing street food the way they do in South-East Asia, where nations like Malaysia and Singapore have hundreds of designated 'hawker centres' - large food halls up and down the country housing dozens of street-food stalls with communal seating.

Nevertheless, with events like Street Feast seeing thousands of Londoners flock to trendy Haggerston every Friday evening just to try out some of the city's best street-food vendors, the industry is clearly going from strength to strength.

One could argue that street food will never be fully incorporated into modern Britain like the way it has been in Asia, given that food isn't all that cheap over here to buy or produce. But the question is: "Does that really matter?"

Speaking of the hawker centres in Singapore, Richard Johnson, journalist and founder of the British Street Food Awards, wrote in The Guardian last month: "All of the food is good. Some of it is great. But something is missing – the individuality that we prize so highly in British street food."

He asks: "Is [the hawker centre] the way forward for Britain? Should we copy the model that has being adopted in Singapore, Malaysia and Hong Kong?"

Well, I'm not sure. In the UK, outdoor food stalls thrive at events such as Kerb's organised lunchtime gatherings of vendors outside the Gherkin and Kings Cross, pulling in hundreds of City workers to try the latest trends to hit the street-food scene, including Mama Wang's hand-pulled noodles or the quirky ice-cream combos from Sorbitium Ices.

However, given that upmarket stalls like these will never be universally used as cost-efficient ways to feed the whole family – as hawkers typically are in the East – it is unlikely that the Asian hawker-centre concept could be completely transferable to the streets of Britain...not to mention the most obvious obstacle of all (the unpredictable Great British weather!).

I really don't see this as a relevant problem though. Every new trend requires time to organically adapt to people's changing habits and demands; so why push the street-food industry into something that it's not ready for yet.

I believe this is just the beginning for street food in the UK. Over just a few years, it's evolved into a huge industry that's taken the nation by storm and now stands at the forefront of popular culture. And with more arranged gatherings of vendors happening all the time – such as this week's Truck Stop (London's first street-food truck meet-up) – who knows, we could see a British version of the hawker centre appear permanently on our street corners in years to come...though it is likely to be a lot more expensive and full of trendy hipsters!

Who knows what's in store for British street food in the future, but one thing's for certain – we at School of Wok like the way it's headed…