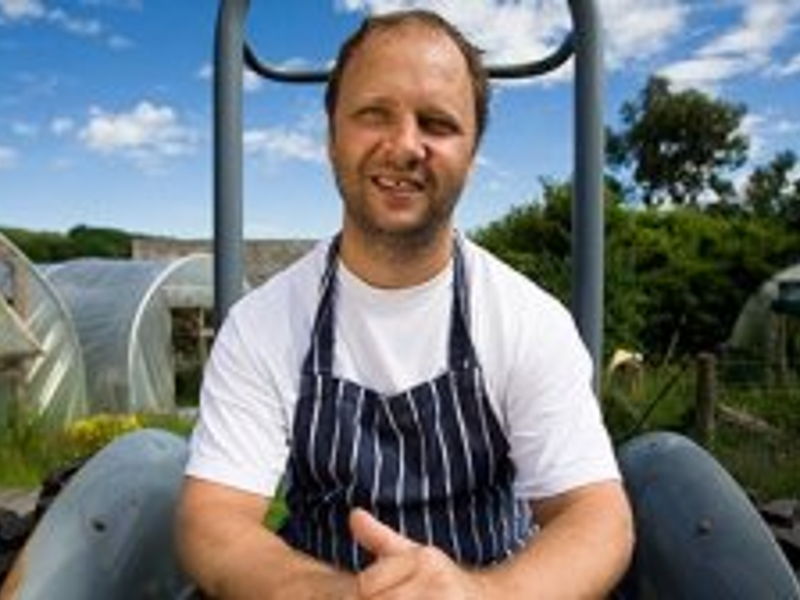 The title for the UK's best restaurant has been revealed and it may surprise some to hear that it's not located in London...

L'Enclume, Simon Rogan's fantastic two Michelin-starred restaurant up north in Cartmel (Cumbria), was crowned with the top spot for the very first time, according to the annual Waitrose Good Food Guide 2014, showing that England's capital city now has a lot of competition when it comes to fine dining.

Rogan said: "I'm so proud of my staff and this phenomenal achievement with the Good Food Guide. This is something we have always dreamed about.

"We have received this accolade because of our focus on both the food product and the customer — keeping it natural and fresh in the kitchen, and friendly but professional in the dining room."

Stefan, School of Wok cookery school manager and our very-own guide to Michelin-starred restaurants in the UK, visited L'Enclume a few years back and said it was exceptional.

He said: "The food is clever, creative but never at the expense of seasonality with a real emphasis on local produce, especially vegetables and 'forgotten' herbs. The meal was fun and thoroughly delicious.

"On the menu we had: duck lolipops; nitro tequila slammers; chick 'o' hake; and "sticky toffee pudding" which was five spheres of the different flavour profiles in the dessert" (Stefan's picture coming soon).

Stefan said it was "friendly, intimate with first-class service but with a real local feel...Basically, go!"

The Guide's consultant editor, Elizabeth Carter, said that the team at L'Enclume "haven't missed a beat" after winning the title the year before.

She said: "Rogan rightfully takes his place as leader of the pack when it comes to modern British cooking. His fantastic way with seasonal ingredients from the Cumbrian land and coast brings dishes that are a joyful celebration of this county's magnificent diversity. L'Enclume is truly deserving of the number one spot."

L'Enclume and Heston Blummenthal's famed Berkshire eatery The Fat Duck in Berkshire were the only two restaurants in the UK to achieve the Guide's top score of 10. The latter came in at a close second in the list but has scored a perfect 10 for six years in a row.

The next eight highest-rated restaurants on the list all hung on to their top 10 rankings, including Restaurant Nathan Outlaw, Restaurant Sat Bains, Restaurant Gordon Ramsay, Pollen Street Social, Hibiscus, The Square, The Ledbury and Le Manoir aux Quat'Saisons.

However, while the majority of these are located down south, the north-west is fast gaining recognition as the place to be in the UK food industry with kitchens across the region celebrating the fine quality of the area's local produce. An impressive 14 restaurants from the north-west alone made it into the Guide for the first time this year.

The highest new entry was The French (ranked number 12), the Manchester restaurant recently taken over by none other than Simon Rogan earlier this year.