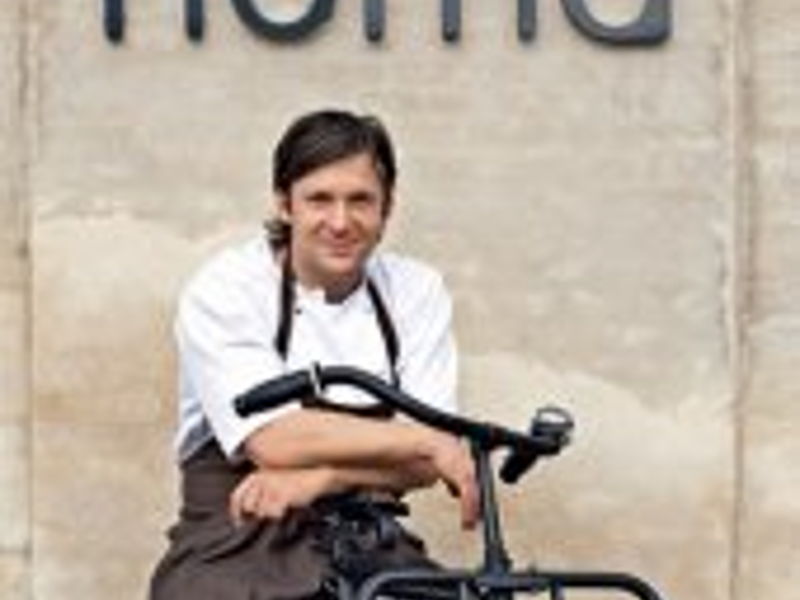 Well there you have it, Noma has done it again - René Redzepi's innovative and ground-breaking eatery in Copenhagen, Demark, was last week renamed ‘The World's Best Restaurant' for the third year in a row. There's no denying that the menu at Noma is one of the world's most inventive and imaginative - famed for its arty, cutting-edge Nordic cuisine which includes edible flowers and soil - but this year's San Pellegrino World's 50 Best Restaurant Awards has, as you would have imagined, ruffled a few feathers in the food world yet again.

The awards, compiled by Restaurant Magazine, pool together a group of over 800 international leaders in the restaurant industry (critics, chefs, restaurateurs and highly-regarded ‘gastronomes') "each selected for their expert opinion of the international restaurant scene", according to theworlds50best.com.

Some obvious criticisms of the awards have come from envious (and seemingly biased) regional commentators who have claimed that whole sections of the globe were simply ignored off the list; while others have questioned whether it is simply an elitist collection of the most popular restaurants or the most expensive, seeing as though one meal at most on the top 50 would set you back by at least a few hundred big ones!

noma-2nomanoma-3Another (albeit more cynical) belief in the press is that the whole thing is a simple marketing ploy to gain publicity and push up prices at swanky restaurants that have been struggling to fill tables. Even Noma's Redzepi has admitted that customer numbers were a bit slack before the 40-seater establishment received its first award; now, a reservation can only be made three months in advance at the earliest with over 1,000 people already on the waiting list!

One opinionated (and evidently bitter) writer in Canadian paper The Montreal Gazette says that "there is no denying this is a Eurocentric list" with no mention of Canadian restaurants whatsoever. "It's wishful thinking to assume that a significant number of international foodies, chefs and food writers have even been to Montreal," The Gazette's Lesley Chesterman writes.

"It is important to award greatness, but just how that greatness is judged irks me. There is no denying there's an old boys' club in the chef 's world, a network of top names whose sous-chefs, sommeliers and suppliers know each other, who scratch each other's backs, and who create a lot of the buzz themselves. To break into that fold is a feat unto itself," Chesterman says.

9-dinner-by-heston-blumenthalAs for the UK, just three restaurants made it into the top 50 this year - fair play to Heston, who accounts for two of these with his latest (Dinner By Heston Blumenthal) coming in as the ‘Highest New Entry' at number nine. Nevertheless, this compares with 13 UK restaurants in the top 50 back in 2005, four of which were in the top 10. When compared to their European counterparts, France has six in this year's list, while Spain has five.

However, well-known food critic and writer Jay Rayner, currently a member of the UK panel of voters, says that it's not all doom and gloom for British chefs despite others (the Scandinavians, the French, the Spanish and Americans) having a "greater depth of high-end gastronomic heavyweights". The list, he writes in The Guardian, "is not a cause for us to weep into our perfectly clarified consommé. For Britain is in recession and our restaurant sector has done a brilliant job of cutting its cloth to match that. We may not be big on cloches and water baths, but we are excellent further down the market where real people eat."

Meanwhile, William Drew, the editor of Restaurant Magazine, says that the list is not an indication of a deteriorating food scene in Britain but "a reflection of the incredible diversity of strengths of the food scene globally".

Whichever way you look at it, a list of the top-50 ‘anythings' is always going to rub a few up the wrong way. As The World's 50 Best Restaurants Academy puts it, "Given that this well-constructed list is based on personal experiences it can never be definitive, but we believe it is a honourable survey of current tastes and a credible indicator of the best places to eat around the globe." And who are we to argue? I'd love to be able to compare Noma to The Fat Duck, or Per Se to The Ledbury, but that would be my entire year's salary - better leave it to the experts!