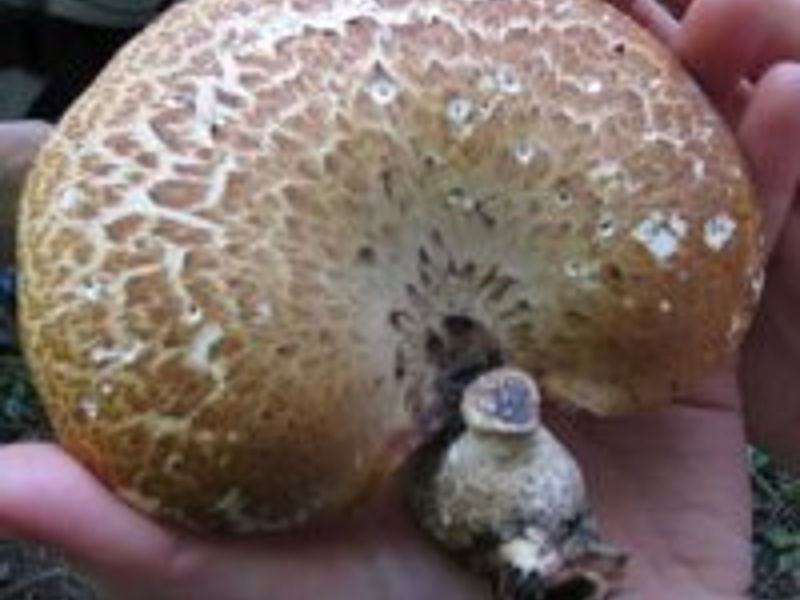 The humble mushroom has been making news recently. Firstly came the revolution that a new foam made out of fungus is to be used to make eco-friendly packaging and car parts. Then came the equally intriguing yet admittedly less revolutionary news that Henry Ashby from Chepstow had discovered a mammoth Morel mushroom weighing 291g in private woodland. Are mushrooms slowly taking over the world? We sent our resident blogger Jess out on a mushroom foray with www.fungitobewith.org to see what all the fuss is about...

Fungitobewith is Andy Overall, part-time park ranger and full-time mushroom enthusiast. Spotting a need amongst Londoners for some outdoors expertise, he started running mushroom forays (fungi-focused walks through some of London's best woodland spaces) back in the 90s, and it appears he's established a bit of a cult following (one lady on our foray has made the journey from Japan six times to attend the tours).

As the boyfriend and I arrive at the car park on Hampstead Heath, we're a little anxious, fearing ourselves underqualified (our knowledge of mushrooms was limited to one fact - we knew we liked to eat them). But we needed have worried; the 15 or so fellow forayers were a mixed bunch of young and old with various levels of mushroomy knowledge and we soon felt at ease and generally at one with the countryside.

Together we headed out onto the heath to search out the best fungi in town. Unfortunately, the surprisingly warm and dry climate that we've been experiencing recently isn't good weather for mushrooms, which tend to favour damp and dark spots. Nonetheless, we managed to spot some beauties. First up was some impressive mushrooms growing horizontally out of the side of a willow tree, charmingly dubbed Driad's Saddles. We also discovered plenty of Turkey Tails, a mushroom known for its medicinal properties (in some parts of the world it's believed to help cure cancer). The St George's mushrooms, tall and proud with long stems, were smart little fellas, whilst a haphazard row of Puffballs formed a nice contrast. King Alfred's Cakes, very odd-looking black rubber-like creations (see below) that I would never have guessed were mushrooms, dotted their way along a huge tree.

But it was the magnificent Chicken of the Wood (dubbed so because of its texture) that had us all most excited. Resembling massive yellow dollops of Play-Doh, the foam-like texture had gathered around a hole in a trunk, covering the inside of the tree. Whipping out the pen knife, we sliced off a couple of chunks which we later used, along with wild garlic that we found, to create a scrumptious alternative spaghetti carbonara. Admittedly I was a bit afraid of eating the fake looking growth that I'd seen hanging onto a tree just hours earlier (plus I'd overheard Andy talking about a string of famous people who had been poisoned by mushrooms which didn't help!) but I can confirm - it tasted slightly of chicken, but mostly... like mushroom.

Looking for a different kind of recipe for wild mushrooms? Check out this oldie but goodie from excellent food blogger, Eat Like a Girl - Chicken of the Wood Fritters with Wild Garlic and Walnut Mayo. We doubt you'll have mush-room left for anything else! (Had to get one in there didn't we really…)