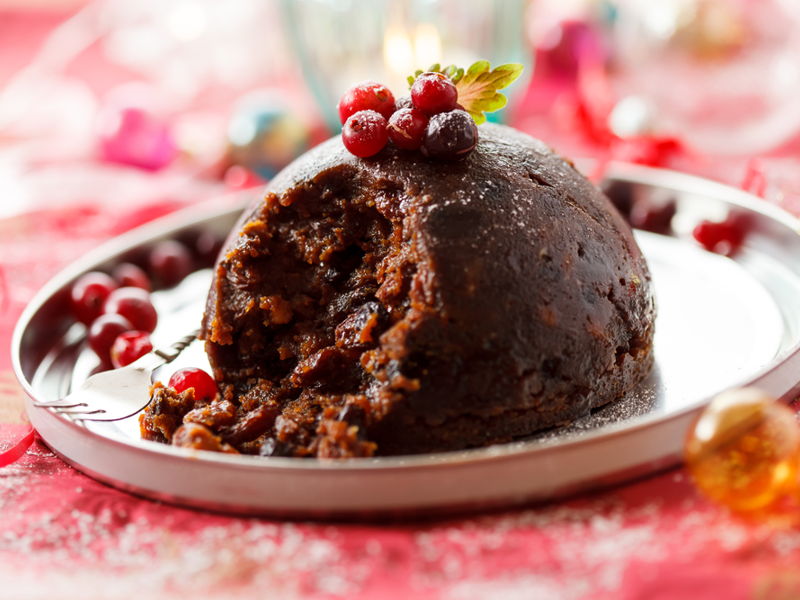 Two of Britain's biggest celebrity chefs are finding themselves at loggerheads this month as Waitrose begins to sell their very different versions of Christmas puddings.

Heston Blumenthal and Delia Smith, food ambassadors for the supermarket giant, have both created ready-to-make Christmas cake mixes for the store.

Delia's, based on her original 40-year-old recipe, is a classic combination of dried fruits, candied peel and lashings of brandy. Costing £10, the pack of pre-measured ingredients is perfect for time-pressed cooks who are looking to create a foolproof, traditional Christmas pud.

Latest sales reports suggest that one of Delia's cake mixes is sold every seven seconds.

But according to the Daily Mail, it is Heston Blumenthal's unusual Hidden Orange Christmas Pudding, which contains an entire candied orange in the centre, which is set to be this year's ‘culinary craze'.

Priced at £13.99, Heston says ‘the essential oils from the orange peel infuse the nuts and fruit from the inside out, producing a wonderfully aromatic Christmas pudding.'

Unlike some of the gastro-alchemist's more complicated concoctions (he has been known to painstakingly cook meat joints at low temperatures for over 24 hours), Blumenthal's quirky take on the classic can even be cooked in the microwave.

If you're keen to try either of the cakes, head to Waitrose quick sharp - both chefs' recipes are expected to sell out by the end of the week.