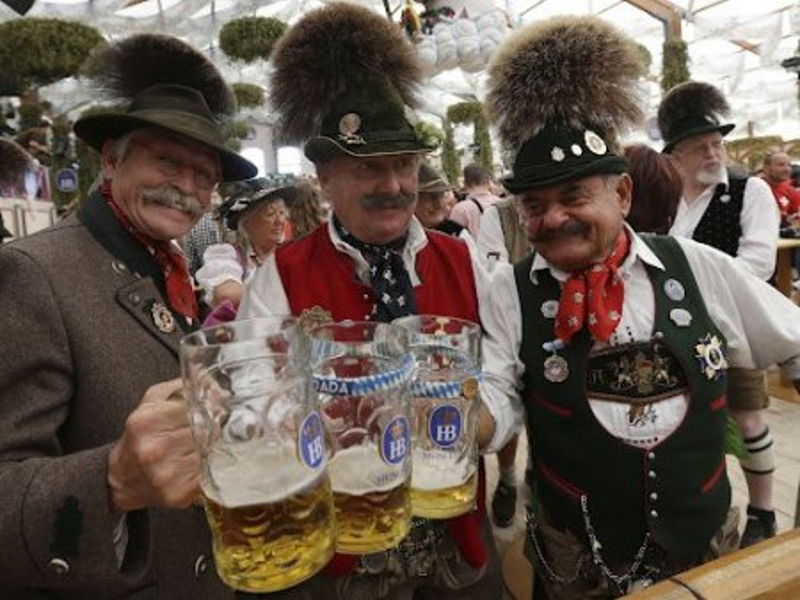 The Best Beer Festivals Across the World

Yes, the summer's nearly over and autumn's setting in...but don't fear there's still plenty of things to look forward to - namely BEER FESTIVALS! Here's a short summary of a few of world's best beer festivals (eg, the ones we'd love to go to if we ever get some time off work!).

School of Wok's list of the best beer festivals:

We'll kick things off with the largest beer festival in the world - the one that everyone's heard of regardless of whether they drink beer or not - Oktoberfest. This 16-day annual event, known as 'die Wiesn' to the locals, runs from 21st September until 6th October and is said to attract over six million beer-lovers from across the globe every year. Beers do range from a heady €9-10 each but given the size of the huge beer steins (or 'maßkrüge') and the strong beer they're filled with, you can't really complain, especially when admission to the festival is free. Combined with a never-ending supply of pretzels, sausages and sauerkraut, what's not to love about this traditional Bavarian drink-up.

Look forward to the National Winter Ales Festival organised by the Campaign for Real Ale (CAMRA) in January. This festival is breaking from tradition and moving to Derby for 2014 - having been held in Manchester for the past eight years - but organisers promise that next year's event will be bigger and better than ever (the 2013 festival saw 8,500 customers try over 300 varieties of ales).

The Great American Beer Festival (GABF) will take place in Denver, Colorado, in October and promises to be the largest collection of US beer ever served. It's been running since the early 80s and will draw a crowd of nearly 50,000 people over three days, sampling over 3,000 different styles of American beer from around 600 breweries. Tickets for GABF sold out in record time this year (just 20 minutes!) despite there being 75% more places available than last year.

The 15th Belgian Beer Weekend will grace the streets of Brussels in early September and takes place in the impressive Grand'Place square. This three-day celebration will showcase over 50 Belgian breweries' best selections of beers. The Brussels Stock Exchange is even said to accommodate especially for this event with the financial district being renamed Beer Street, boasting a 50-metre-long bar stocking a wide range of speciality beers on draught. Entrance is free.

Even China has got in on the act, hosting the Qingdao International Beer Festival in August. Over two million people visited the 10-day event this year. It's not just Tsingtao on offer either, with beers available from across the world, along with tons of crazy karaoke, parades and drinking competitions of course!

Enjoy The Festivals and Have a Beer for Us!