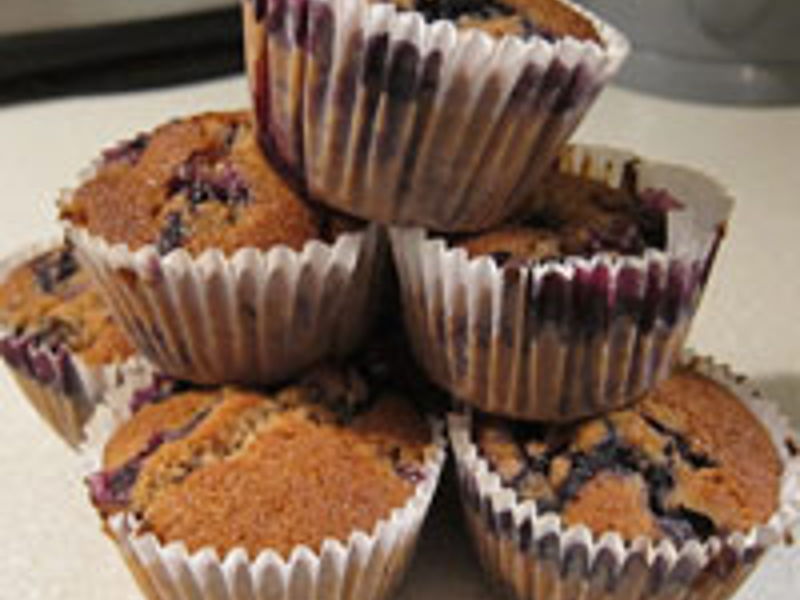 There are some people in this world that are destined to make you feel bad about yourself. Gwyneth Paltrow is undoubtedly one of these people. Not only an award-winning actress, she somehow also manages to be a style icon, mother to two kids, wife to rock-star husband, and even manages to run her own lifestyle website. If this is making you want to reach out for the nearest bottle of cooking sherry, wait - it just gets worse. Because Gwynny is also a rather accomplished cook and has just released her first cook book.

Gone are the days of her macrobiotic diet and bizarre dining habits; the new Gwyneth is all about tasty comfort foods and family meals. I was surprised to see that her repertoire includes calorie-laden dishes like fish tacos and duck ragu (I'm terrified to consider the amount of sit-ups you'd have to do to get Gwyneth's body after a portion of the good stuff) but there are also healthier twists, like vegan blueberry muffins. Hoping that trying out one of Gwyneth's recipes would lead me a little closer to high-achiever nirvana, I decided to attempt the blueberry muffins…. The most striking thing about this recipe is that it doesn't use eggs or sugar. At first I thought perhaps GP had found the muffin equivalent to celery (killing more calories than consuming them as you scoff it), but actually the recipe substitutes eggs for vegetable oil and soy milk, and sugar for agave nectar and maple syrup. Which is pricey stuff. As is the spelt flour - the recipe actually asked for white and whole spelt flour, but at £5 a bag I decided to stick down the whole flour route, which actually gave the muffins a lovely oaty, almost nutty quality. Other than that, the recipe is fantastically easy. Mix the wet ingredients in a bowl, stir in the dry stuff, add the blueberries, stick them in the oven. And the taste test? They're delicious and moist, probably helped along by the oil. The flour gives them an amazing texture and the sweetness is just enough to offset the sharpness of the blueberries without being sickly. I was so impressed I ate two at once.

Verdict: Expensive, but ridiculously easy and SERIOUSLY addictive. Will definitely be making these again.

Gwyneth's verdict: 'They rock the house.'