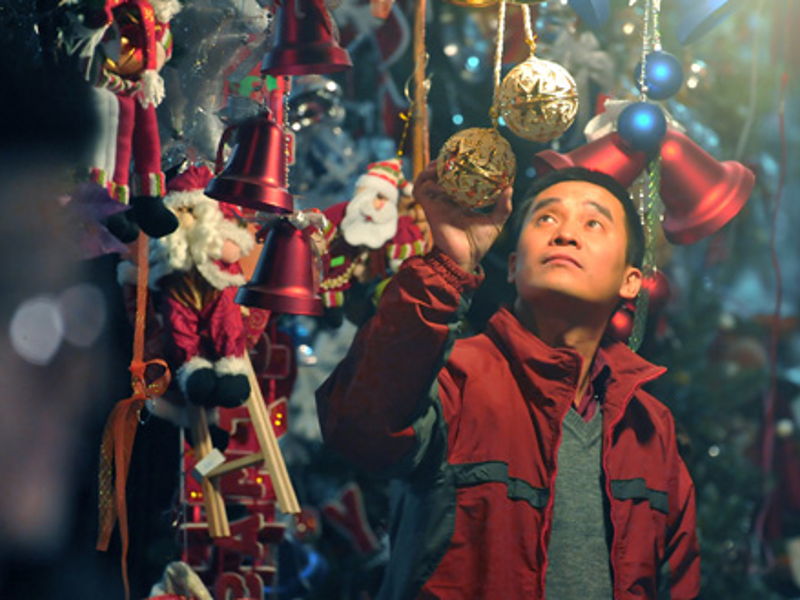 Some of the most eccentric Christmas traditions belong to Asian nations. Despite housing relatively small Christian populations compared to the UK or US, Christmas traditions still have social, familial and religious importance for many Asian countries. And they don’t disappoint - brace yourself for the weird, the wacky, and the absolutely wonderful as we take a tour of some cracking Christmas feasts available in the Far East.

With only 1% of Japan’s population identifying as Christian, Christmas has become a commercial rather than religious event, particularly for the younger generations. Young couples have been known to treat Christmas as a sort of pseudo-Valentine’s Day, frequenting upmarket restaurants, and since 1970, many Japanese families have adopted one particular festive tradition that has had the rest of the world mesmerised: KFC for Christmas.

That’s right - instead of slaving away in front of an oven for hours at a time to try and feed the 5000, the Japanese turn up on Christmas Day with a bucket of the colonel’s finest fried chicken.

This phenomenon was masterminded by Takeshi Okawara, owner of Japan’s first KFC store, after overhearing a couple of expats complaining about being homesick for turkey at Christmas time. In response, Okawara devised KFC’s festive ‘party barrel’, hoping that fried chicken could provide a suitable substitute for foreigners to feel more at home. The initiative was seized on by KFC HQ, and since being rolled out nationally in 1974, ‘Kentucky for Christmas’ has been a country-wide phenomenon of insane popularity.

According to the BBC’s Eric Barton, an estimated 3.6 million Japanese families eat from the American fast food chain at Christmas, with the KFC special Christmas dinner package - including fried chicken, side salad, chocolate cake and drink - needing to be ordered weeks in advance.

South Korea: Sugar and Spice and all things Nice

In what seems like a radical U-turn from Japan’s commercialised holiday is South Korea’s decidedly non-consumerist Christmas affair. As The Conversation reports, Koreans give only one gift to close friends and family, while Christmas dinner is a collaborative affair in a pot-luck-style banquet - ‘tis the season for sharing, right?

A staple dish at the centre of the Korean Christmas feast is the brilliant beef bulgolgi, which originated in Korea’s Goguryeo era (circa. 37 B.C. to 668 A.D.) and is made from sweetly-marinated strips of barbecued beef. Accompanying side dishes are often extensive and varied, but most commonly include sweet potato noodles and the quintessentially Korean pickled cabbage: Kimchi.

The show-stopper in recent years, however, has become the Christmas cake. Not the densely-packed fruit cakes common in the West, magazine The Kraze claims that Korean Christmas cakes are typically made from steamed rice with a fruit decoration. However, in recent years, shops such as Baskin Robbins, Starbucks and Dunkin Doughnuts have started to dominate the Christmas dessert scene with their competing, elaborately decorated offerings of sponge or ice-cream cake (we know - in Winter!).

With an estimated 90% of the population practising Christianity, Christmas is BIG in the Philippines. The most devout will observe nine early morning masses beginning on the 16th December, and finish Christmas celebrations only at ‘Epiphany’ on the first Sunday in January. For most, however, Christmas Day serves primarily to gather far-flung family members back together and share the festive feeling with those they love.

Consequently, there are no strict rules about what should and should not be eaten at Christmas - as we often experience here in the UK. Instead, the Filipino Christmas feast functions as a focal point for social merry-making, and includes an eclectic medley of hearty festive foods that vary from household to household. From the impressive Lechon (a whole roasted skewed pig, cooked over flaming charcoals to produce a crunchy outside covering a juicy inner), to Filipino-style sweet spaghetti and the yellow-coloured noodle dish Pancit Malabon, the Filipino Christmas feast commonly uses a large, red Keso de Bola (or wheel of Edam cheese covered in red paraffin wax) as a centrepiece.

Christmas comes a day early for the Vietnamese - or at least the celebrations do! While Vietnam’s population is predominantly Buddhist, the lingering legacy of French occupancy can be seen in the country’s Christian community and large Christmas celebrations that are entered into with gusto, often regardless of faith.

On 24th December, in large cities such as Hanoi and Ho Chi Minh City, huge swathes of people gather together in pedestrianised areas around Cathedrals showing nativity scenes, while children leave shoes outside their front doors to be filled with presents by the approaching Santa Claus. Those that do attend the Christian Midnight Mass return home for a late-night food spectacular: including a traditional chicken soup, roasted meat of goose or duck, Christmas pudding, and sometimes accompanied by sticky rice, banh xeo (savoury, fried rice pancakes) and our favourite - Cha Siu Bao. With a final nod back to their French history, Christian Vietnamese finish their Christmas feast with a gift of ‘Buche de Noel’ - less attractively known in the UK as a ‘chocolate log’.