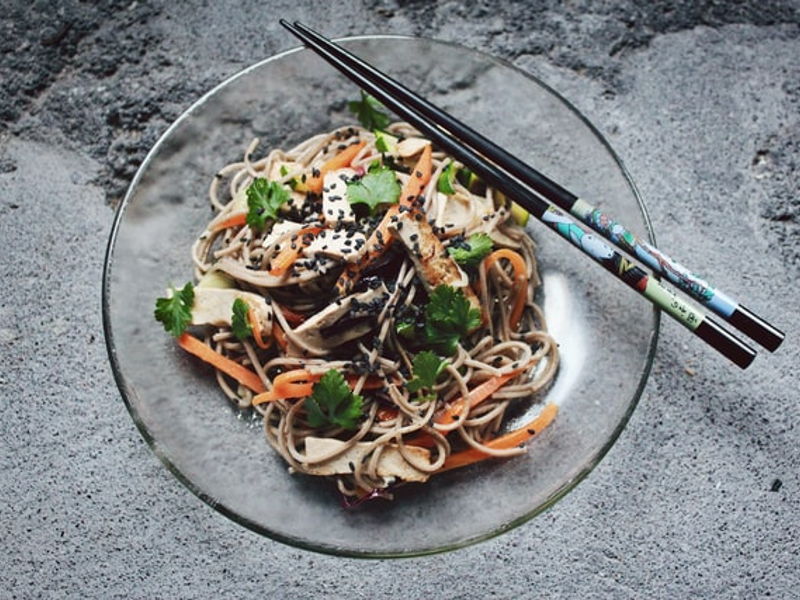 Chopsticks are typically used as the eating utensils of choice across Asia as well as the wider world. The humble chopstick has an interesting history, and dates back to around 5,000 years ago believed to have first been nothing more than a simple twig used to fish food from cooking pots.

The first examples of chopsticks are dated back to around 1200 B.C. They were discovered in the Henan province of China, which is also where early versions of writing utensils were found.

However, as cooking practices developed, chefs realised that they could cook food faster and conserve fuel by cutting it into smaller pieces. This method eliminated the need for knives at the dinner table and made the use of chopsticks more prevalent, and by the 5th century, they were commonly used.

The popularity of the chopstick in China may also be attributed to the time of revered philosopher Confucius who was against violence and disliked pointed objects to be present when eating. His disdain for the knife led him to seek out alternative items that would do the job, and chopsticks, with their blunt tips, proved to be far more appealing to his gentle nature. Confucius was quoted as saying: "The honourable and upright man keeps well away from both the slaughterhouse and the kitchen. And he allows no knives on his table."

By 500 AD, chopsticks were not only widely used in China but had also become a staple in households across Japan, Korea, and Vietnam. The versions of these chopsticks in these early years were joined together at the top with a piece of bamboo and only used in religious ceremonies.

During the Chinese dynasty, notable people often used silver chopsticks to eat with as it was an unfortunate misconception that silver chopsticks would immediately turn black if they touched poison. Sadly for some, this was not the case, though silver can change colour if it comes into contact with foods that release hydrogen sulphide such as garlic, onions, or rotting eggs.

There are several more myths or ‘old wives tales’ surrounding chopsticks such as holding them close to the tip will result in having to wait a long time before finding a marriage partner and using an uneven pair resulting in missing your boat or plane.

The design and function of chopsticks have barely altered from their first appearances to the versions we see today. Of course, for many Westerners, mastering how to use chopsticks can be tricky; however, doing so is wise if you plan to attempt to eat with them when visiting Asian countries. Apparently, there are many ways it is possible to offend someone if misusing chopsticks in Japan, for example, standing the chopsticks up in your rice bowl or allowing the soup to drip from the ends.

Practice using your chopsticks with School of Wok!

At School of Wok, we love eating traditional dishes with chopsticks and even sell our very own high-quality bamboo chopsticks as well as helpful training chopsticks too. If you want to learn more about Asian food, take a look at our huge variety of fun and exciting cookery classes and books yours today!

Our classes are taught by experts and will equip you with skills for life, so you walk away with the knowledge you need to create the mouthwatering recipes you’ve been taught time and time again. Browse our classes now!