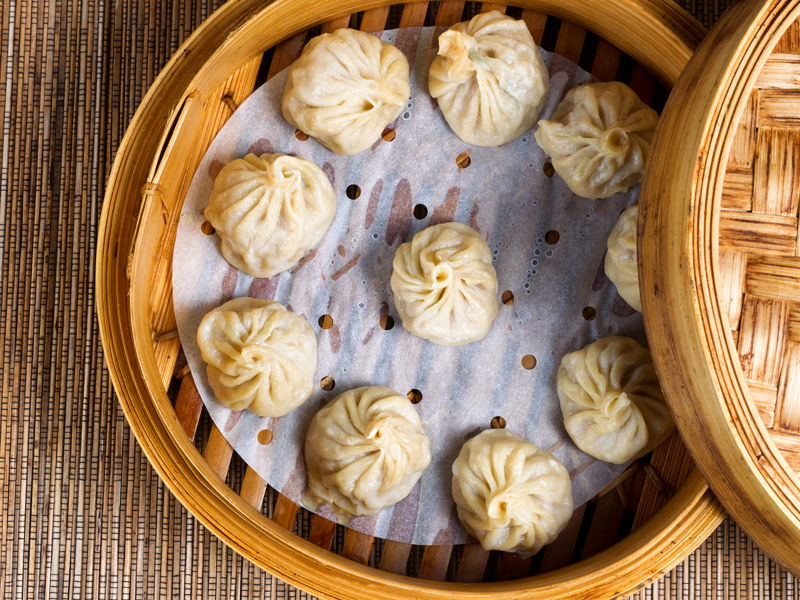 Everything you need to know about dumplings!

Dumplings have become extremely popular across the world. More and more people are experimenting with new and exciting flavours, combining them together to create entirely unique dumplings that are innovative in both taste and texture. Due to this experimentation, however the question ‘what are dumplings?’ is not so simple to answer - but let’s try! In Asian cuisines, dumplings are delicate, bite-sized treats of different fillings wrapped in a thin layer of dough. They can be both savoury and sweet, and may be boiled, steamed and fried - the choice is yours! Known as jiaozi to the Chinese or gyoza to the Japanese - the dumpling is a popular Asian cuisine to many, regularly consumed and enjoyed.

What are dumplings made of?

The dumpling dough is made of three main ingredients: flour, water and salt. But which flour you use depends on which dumpling you want to make. While most dumplings can be made using a standard ‘dumpling’ or ‘wheat’ flour, Har Gau (Chinese shrimp dumplings) are made with a mix of wheat and tapioca starch - and that’s just the start! In terms of the filling, dumplings are great because they are versatile, much like the Bao Bun. Whether you have a sweet tooth - or if you prefer a more savoury snack, you can make your dumpling to suit your taste and mood!

A Round Up: What is a dumpling made of?

Can you freeze dumplings?

This is a question that is regularly asked and many get confused about (and rightly so!). Dumplings can be frozen but there are a few rules in order to achieve the maximum taste when defrosting. Firstly, it is important to make sure that your dumplings are completely cooled before freezing: this will ensure that they can be reheated and consumed at a later date! Secondly, if you are not cooking your dumplings right away, freeze the dumplings on a baking sheet. Once the dumplings are frozen solid, portion into separate freezer bags and freeze for up to three months. TIP: When freezing onto the baking tray, make sure none of the dumplings are touching each other so that they won’t stick together!

What fillings can I use in my dumplings?

What makes a great filling for dumplings? As we touched upon earlier, the best thing about the dumpling is that it is completely versatile. Whether you prefer a savoury filling, or if you have a sweeter tooth - a dumpling can appeal to all tastes. Using your own imagination and taste can help you create a dumpling in the flavours you fancy, and with the ingredients of your choice. Popular dumpling fillings differ by region - some may be more popular than others in different countries. There are many different fillings including meat, cheese, fruits and sweets which are all combined with vegetables to create a wide variety of delicious dumplings.

If you are feeling like dumplings for tea tonight, and would like some extra inspiration take a read of our Xiao Long Bao (Chinese Soup Dumpling) recipe, including how to make the dumpling dough, or watch the recipe brought to you by our very own Jeremy Pang!