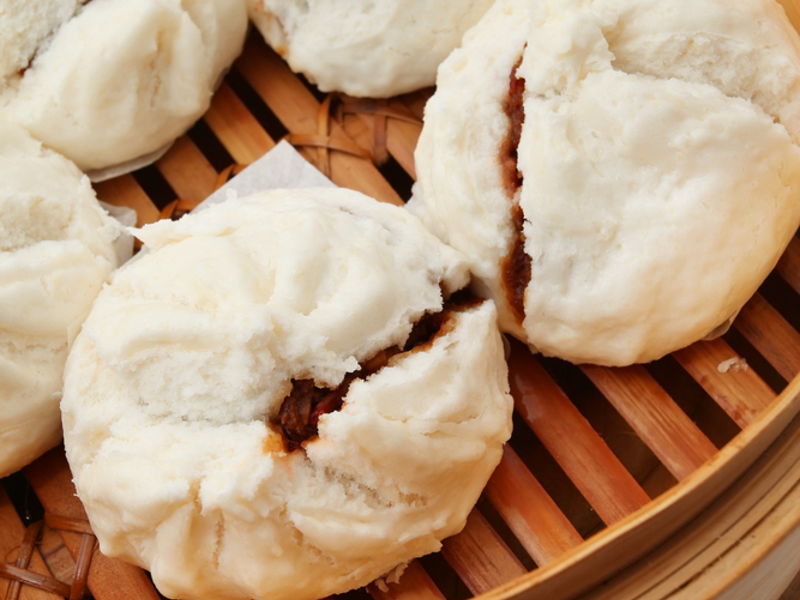 All About Char Siu Bao

Ever wondered how they make those white, fluffy, airy steamed buns filled with sweet, sticky char siu pork you often see in the windows of Chinese bakeries?

As it's Chinese New Year, I thought I'd try something a little bit special for our 'Recipe of the month' – char siu bao: fluffy, doughy dim sum filled with sticky, barbecued pork.

Trying out School of Wok's Recipe for Char Siu Bao

I'm a massive fan of bao, having eaten them ever since I was a kid, but have never tried making them as I just assumed they were too hard, so was thrilled to get my hands on School of Wok's recipe last week.

Even though head chef Jeremy and cookery school manager Stefan assured me that they had experimented long and hard to perfect the ultimate bao recipe, I never expected them to work out as well as they did on the first go – the baos puffed up within minutes in the steamer and the dough was sweet, light and incredibly airy.

Now these took quite a bit of effort to make, with the dough being made in two parts, but were well worth the wait! They may not have looked as good as the ones they make at School of Wok (pictured left) but they tasted amazing.

This recipe includes two slightly weird ingredients that are a bit hard to come by: lye water, a strong alkali solution, and; ammonium bicarbonate, a very smelly powder that you wouldn't normally keep in your kitchen cupboards! However, they are available at most good Chinese supermarkets. I have no idea what they do to the dough to make them so soft and fluffy, but they are crucial to the recipe, so don't try them without!

[NOTE: these won't be as bright white as the ones you get in Asia as it's actually illegal to sell 'bleached' flour within the EU]

Enjoyed these baos? Consider signing up for one of our Dim Sum Classes to learn more.