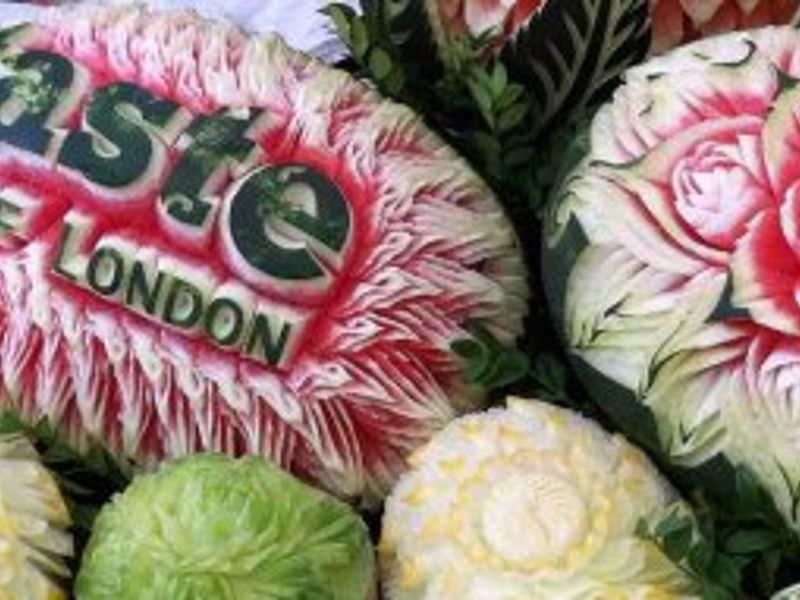 Come rain or shine, this summer is set to be one of the greatest ever for foodies in the nation's capital

We've put together a list of some of the best food and drink festivals/events that showcases the best that this city has to offer. We have tried to tickle your taste buds and make sure that you don't miss out on any of the action!

Bought to you by Taste Festivals, The Lab is a gastronomer's dream, bringing together a selection of the world's greatest chefs (including School of Wok's head chef Jez) for three evenings of interactive masterclasses on food innovation and flavour experimentation.

The flagship event of UK Coffee Week, The London Coffee Festival, celebrates the capital's bustling and vibrant coffee scene, featuring industry experts, professional baristas and coffee-shop owners. As well as serving the best coffee from across the city, there will be barista competitions, food and lots of music, as well as tips on how to make the perfect cup of coffee from your own home.

A brand-new festival, from the London Brewers Alliance (LBA) to celebrate the city's thriving and vibrant brewing industry, featuring over 100 beers from over 40 breweries under the LBA.

Foodies Festival is a celebration of food and drink ideal for all foodies (as the name suggests) featuring some of the country's best chefs, pop-up restaurants and street food from around the world.

This weekend-long celebration, Toast, brings together chefs, restaurateurs, writers and producers to talk about the big ideas behind what Londoners eat and drink, featuring large-panel discussions, intimate workshops and tastings.

Raising money for the Soho Parish School, a small primary school in the heart of Soho in desperate need of funds, The Soho Food Feast is a two-day event brings together some of the city's best restaurants and chefs showcasing demos, tastings and cooking contests.

Rioja Tapas Fantasticas celebrates wine from across Spain's most famous region and authentic tapas from some of London's best Spanish restaurants.

Taste of London is one of the biggest foodie events of the summer with taster menus from some of the city's best restaurants, including Duck & Waffle, The Cinnamon Club and Le Gavroche. Not to miss!

This Chilli Festival will be a fun-filled day out promising lots of heat...even if the sun doesn't come out! Full of independent chilli producers from across the UK and EU.

"The festival is all about food and drink – tasting, learning, participating, sampling and soaking up the atmosphere". This Essex Festival promises to be the most exciting weekend on the Essex food calendar and features the baking king himself, Paul Hollywood.

A one-day charity event, Barnes Village Food Fair, showcases the idyllic surroundings of Barnes Village and over 100 artisan food producers and a number of celebrity chefs. Funds go towards the Casterlnau Community Project and the refurbishment of the Barnes Old Sorting Office community arts space.